Dry flies in April in Rangeley, Maine? You bet! 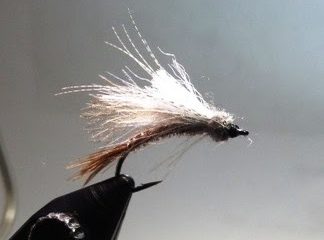 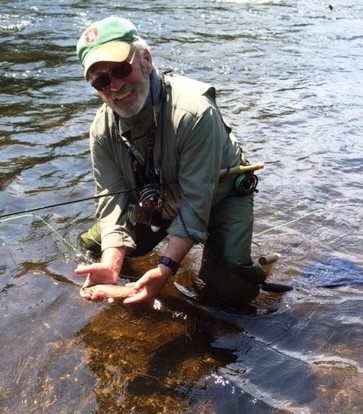 There’s less than a month until the official beginning of Maine’s open water fishing season (unless you live in certain areas in southern Maine). Normally, that’s not such a big deal, because in Mid March, there would still be ice virtually everywhere, and April 1 is reserved for only the die-hard, thick skinned (literally) fishers, who don’t mind scraping ice from their rod tips in order to cast.

Not so this year.

From mid-coastal areas south — and even west — you’re hard pressed to find any significant ice, except in the most remote, elevated locations. This means that water temperatures will be — and are — rising, and the usual benchmarks for insect hatches and fish activity are flying out the camp windows, which, by the way, are already open, according to some.

What does this mean? It means adjustment, friends. Adjustment to the old time-tested fly hatch and fish-activity calendars. Unless we have a deep freeze, it means surface fishing in mid-April.

Some patterns and habits won’t change so drastically. To come back down to earth a bit, the water is still numbingly cold in the rivers. And there still is some ice out there, though it’s disappearing quickly. Caddis and mayfly nymphs are still bumping, crawling and swimming along the river bottoms and conventional fishing wisdom will still net you some fish (among your usual snags). But let it be said that activity is beginning earlier than in recent seasons, and to be sure the fish are taking notice.

My brother in law Joe saw caddis rising off the water a week ago on the Mousam River, and I watched legions of blue wing olives, midges and caddis fluttering in the reflected sunlight last weekend (the air temperature did reach 70+ degrees). I swear I saw a trout swirl at one of them, though no one believes me.

I am reminded of springs like this in the not-so-distant past. And I remember prolific fishing earlier than expected. I also am reminded of low water levels, which send the fish helter skelter looking for cooler, deeper pools.

So pray for rain, but not too much. I have a feeling it’s going to be a good season. The wild trout and salmon are getting healthier in northwestern Maine and elsewhere. We just need to be ready in April with our May fly boxes.

Thanks for reading and hope to see you soon.